Everyday TR1 - half a year in a single post

As a matter of fact, it's a pretty good sign, given the reliability of my other vehicles, if all major stuff with a bike and it's maintenance can be compressed into a single post.

In fact only two things had to be done: First the K&N airfilter needed a good cleaning and oiling. 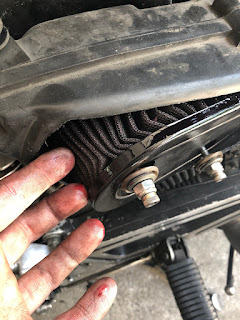 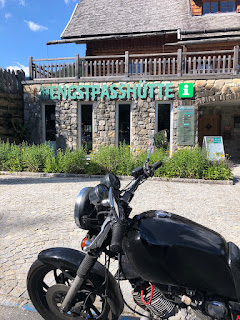 And secondly some time in September starting the old girl became significantly harder. Turns out that the roughly 41 year old regulator-rectifier was slowly dieing. Luckily this was roughly at the same time as when the electrics on the Dre-XT-Stück played up so I went through my stash and had found two new aftermarket regulators. Only thing with these (and even the stock one for that matter) is that the cable coming from it, is very short and thus the plug sits UNDER the engine, where it is prone to getting wet. Add about 15cm and the plug can sit behind the battery, not only keeping it dry, but also making frame separation much easier. 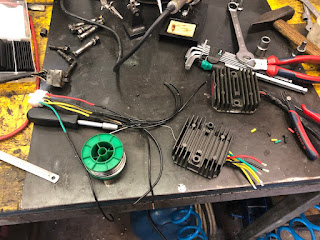 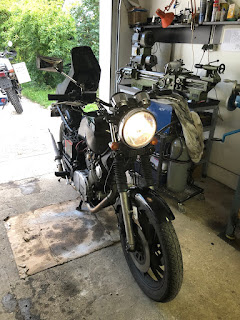 Thanks to a friendly TR1-forum member I got hold of a set of (like) new steering head spoilers, after the original ones had reached the point where most of it was various kinds of glue... 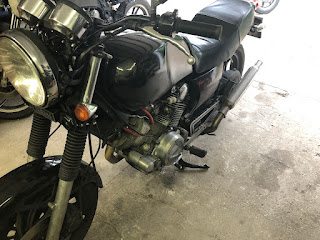 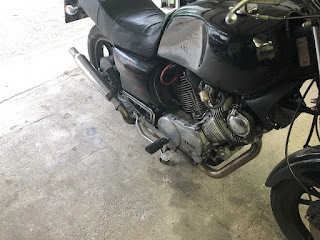 Finally a new set of Superbike bars as they are commonly referred to instead of the Dragbars I had on it before were put on. Mainly as I discovered that, when riding short distances they were absolutely awesome, but sit in the saddle for three or four hours and my wrists and shoulders would let me know, what their opinion on these bars were. 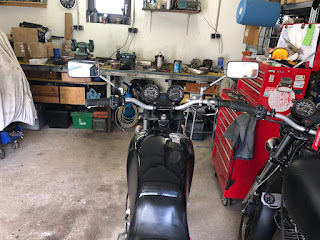 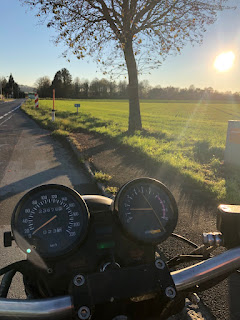 As the Everyday TR1 is currently the only bike in my stable with less than two catastrophic engine failures (yes, the bar is truly that low this year), I haven't tried out the hot cams that have been sitting on the shelf for almost ten months for fear that piston to valve clearance wouldn't be sufficient at high rpms and quite frankly, as much as I have a severe crave for speed, I do need at least one bike that runs. That being said, the XT is running fine now... so might be about time to take some chances, eh?