Admittedly I haven't cranked up quite as many miles as I would have hoped, but definitely have broken the engine enough times during the Summer months, so I guess this kind of evens out. But even then a few things have come apparent:

The clutch lever I had on there, even though labeled for an SR500, definitely wasn't and I have to find a spare brake lever, but it's this weird ball and socket setup and I have to find out from which bike the master cylinder originally was. 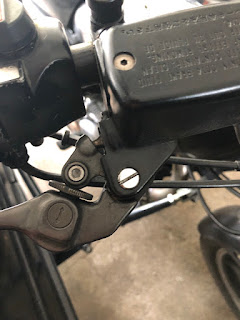 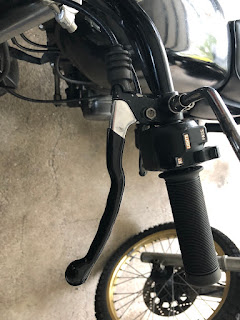 The other thing that drove me (mildly) nuts was the fact that the exhaust, despite my best efforts, was rattling itself to death and leaked at the joint between down pipe and muffler at the same time. Also, I am a strong believer in touching up the welds, for optimised flow. 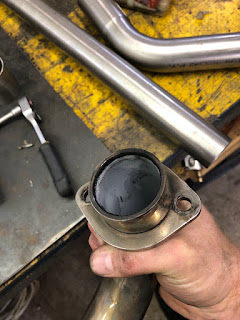 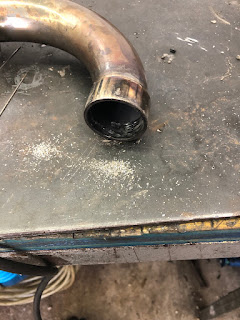 Also a proper joint and not the wobbly mess I had so far did wonders just to how rigid the whole setup felt. As can be seen in the first picture, the original tube had actually been eroded away from the muffler and the down pipe oscillating at different frequencies. 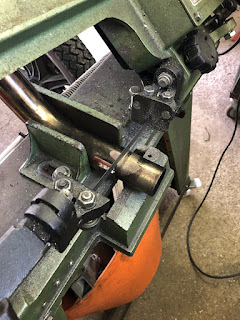 Added a slip joint on the muffler, so the exhaust gasses would have to do a 180 to get out, which makes it a lot more likely to seal up without a gasket than if you put it in direction of the flow. 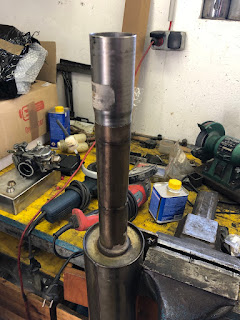 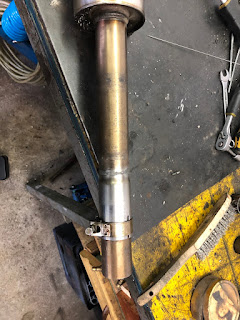 ... and then shortened the header pipe by roughly the same amount, so one would fit into the other. 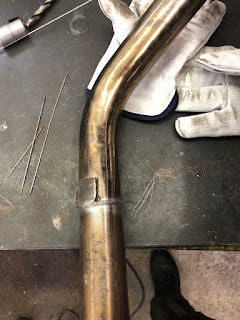 What followed were a few days of happy thumper-ing along, when my sporty ambitions came back to me (maybe somewhat helped, by rather abysmal starting at even slightly cold weather) and I decided to throw that second hand TM36 back on. Instantly a few more kph of top-speed were found, but something didn't feel quite right. 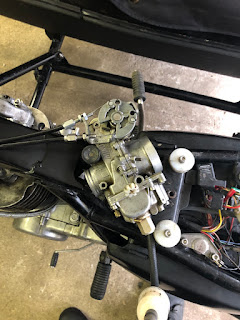 At some point, I had a look at the mix screw and found that the actual tip had snapped of inside the carb body. Throw in a few desperate attempts to get that tip out and it was decided to do, what I should have done from the get go. 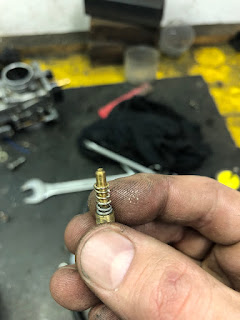 Get out my wallet and buy a new TM36 and simply enjoy it. 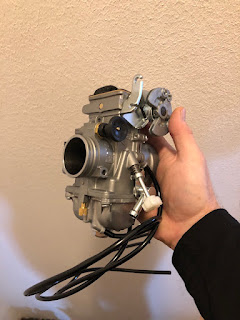 Not without swapping those JIS-screws out for some stainless allen-heads. (Whilst rejetting to the same jets I used on the previous TM36.) 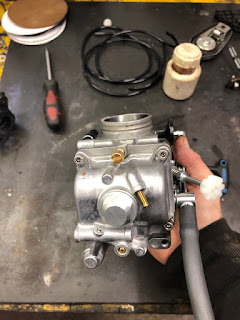 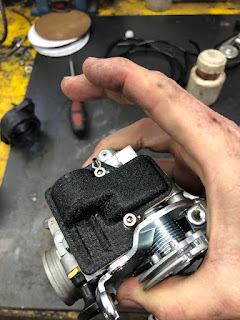 You may not believe this, but it took two kicks and the SR idled like... well like a bike with a carb that no one has fiddled around with. 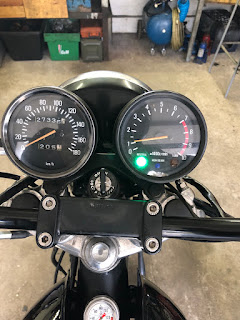 So I fitted my elephant ears (even without snow they are super handy to get the wet and cold away from your fingers), put some fuel in my freshly painted tank and... 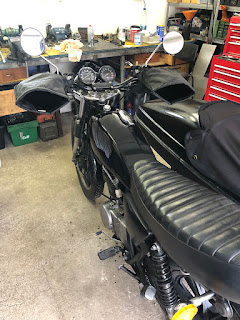 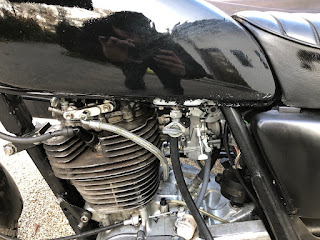 Removed the paint with fire (don't - I am a professional) and then repaint it with 2K-paint. 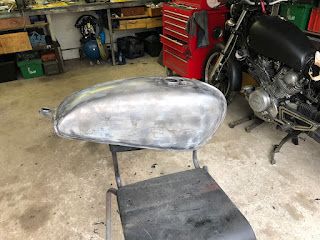 As I only had spray-can primer, I pre-heated the inside of the tank until was (very) warm to the touch, which made this whole affair doable, even though it was only about five or six degrees above freezing outside. 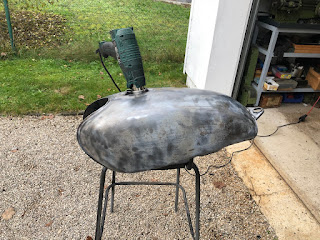 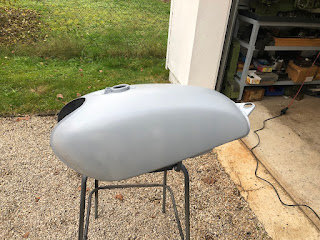 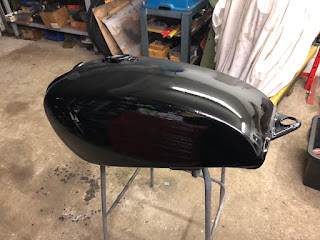 And that's it. Put on some wax and then find out if the new TM36 responds well to my jetting efforts or whether my timing might be off - guess we'll find out. (Oh and for those wondering, yes I am currently mostly working on the Lada, but not quite there to show some updates, as in: lot's of work, yet not quite as much to show for it...)

Little addendum: The carb setup is pretty close, starts nicely and can finally take full speed/full throttle for a while, which makes me quite happy.