Now there's a few things on Yamaha's TR1 models, which are *ahem* slightly suboptimal, aside from those mentioned before, one of the last areas of concern was the wiring or more specifically the starter cut-out wiring. Just like any other vehicle with an electric starter, the TR1 uses a starter relay. So far, so good. Unlike most other bikes I have owned so far though, the TR1 has got some pretty elaborate starter cutout wiring. Which prevents it from starting, when it's in gear and without the clutch-lever pulled in. (Funnily enough, there's no cutout on the sidestand though...) As you can imagine, after 35 years this doesn't exactly work as reliable as when new.

First, the schematic and the two following pictures are what it'll look like in real life. 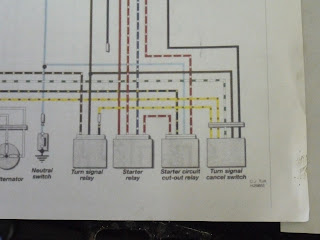 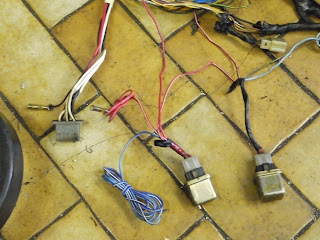 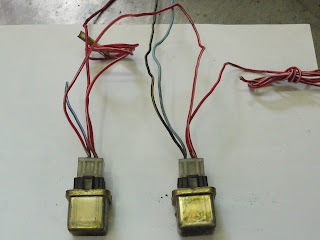 The solenoid on the right is the one we want to eliminate. The light blue cable comes down from the neutral switch and the black and yellow one from the clutch switch. The cable with the bullet-connector is where the red-cable to the starter solenoid will go. The u-shaped loop can be removed leaving you with one red-white cable which actually goes back into the wiring harness.

That said, if your TR1's wiring harness is in good condition you may find these three pictures quite helpful: 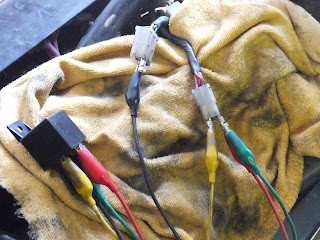 Green and yellow are the switched side and it should therefore be quite obvious, which wire goes where if you look at the pictures. 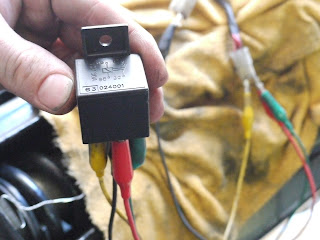 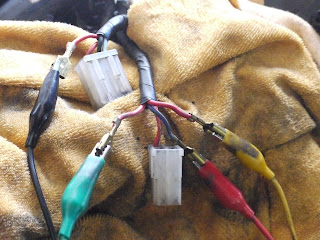 Now if you wanted to do it really cheap and easy, you could just pull this cable out of the plug and put it where the red and white u-cable would go and call it a day. In my case I wanted to deal with some other issues of wear and tear on the wiring harness and most importantly run the tach off the dedicated pin on the Ignitech TCI-unit.

On the Ignitech-side this is dead simple. Check out the pin-out diagram on the Ignitech homepage and find Pin 15 (it's the most center one, which is empty, and sits between a red and two blue cables and run it to the last remaining empty plug-hole on the connector to the wiring harness. Ignitech suggests using yellow-green cable and ideally you would want to go for 0.75 or 1.00mm cable as the pin on the TCI isn't made for heavy gauge cable. 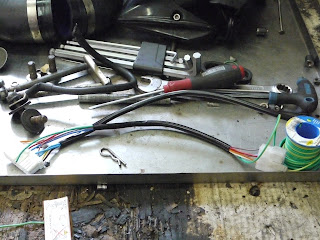 Here you can see a slightly altered wiring harness, with the most major alterations being two adapter cables for the cables to the starter solenoid and oil-level switch as in stock form they are too short and as a result you have to take off the right foot-peg-holder, which is a bit of a pain. 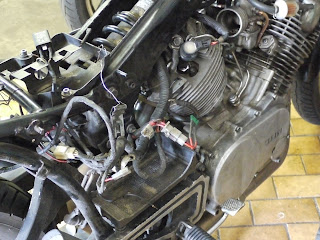 Now this is the 6-pin connector to the wiring harness and in order to alter the tach's wiring this is where you have to remove the insulating tape and work your way to the front and find the soldered Y-joint of the orange cable. The one going to the headlight shell is the one going to the cockpit and it needs a cable soldered on and then routed to the 6-pin connector. 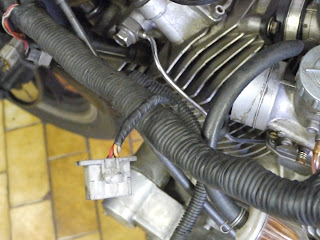 The stripped loom with said alterations. 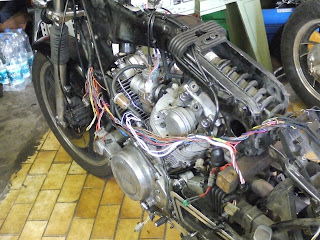 The pictures don't show it too well, but the rear half of the wiring loom is now roughly half the diameter with all the cabling removed.

There's actually two more cables that can be removed: white-green and black-yellow. The first being used for the auto-cancellation of the indicators and the latter for the clutch-lever-switch. 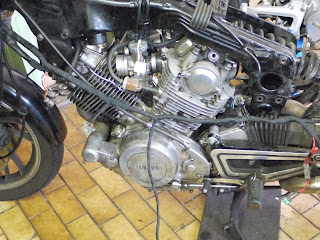 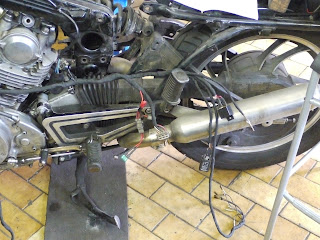 I love to use silk-coroplast-type tape to wrap my looms, because it's very durable AND it does look rather professional, if I may so. 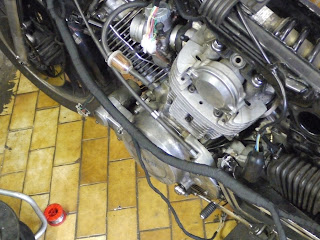 And that's the amount of stuff that's left over plus all the old insulating tape... 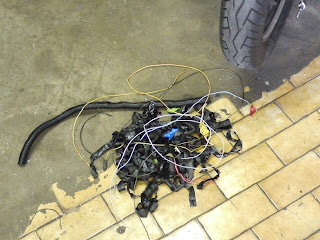