The final answer when it comes to stealthy 2in1in2 exhausts on a TR1 (Mk.7)

I have to say, I was pretty happy how the Mk.6 exhaust had turned out a while ago, but to be honest it was just the rendition of an old theme (engineering-wise) that I have done over and over again, refining it in the process, yet not exactly getting anywhere.

In reality I've known it for a long while, if I want to make serious power, the headers have to be equal length, but up to now I was kind of lacking the bright idea on how to package everything as I wanted the whole setup to be as stealthy as possible. 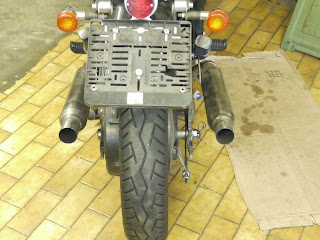 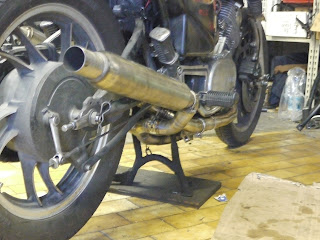 Now building an exhaust strictly for my own use allows me to play around with certain aspects, whereas when I do one for someone else, well it has to be spot on.

One of the things that has annoyed me a lot was the retaining rings fixing the initial bit of the downtube to the head as the two-part construction would shift during initial fit up and is actually a lot of work to do. So I came up with a new idea of one-piece retainers, which I do have to machine on the lathe in order to have the downtubes go in. On the up-side: Both sides are perfectly parallel and the seal to the head is better. 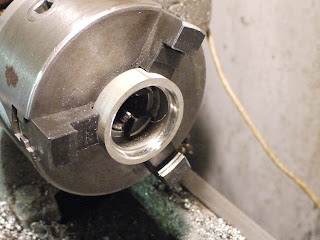 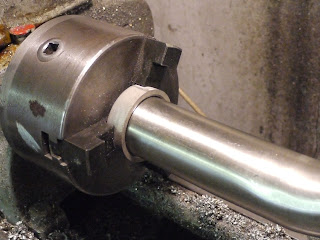 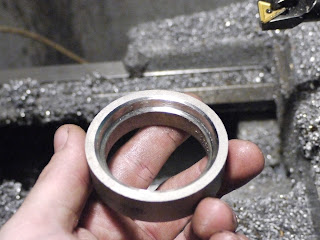 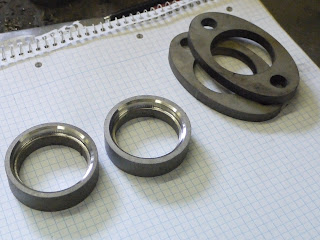 With these sorted, which didn't take as long as I dreaded, but in reality just means I substitute weld time with lathe time. So I guess, this may become an option down the line. Welding them on works really nice though, even though I have to admit that the mandrel bends I used are actually really, really egg-shaped. 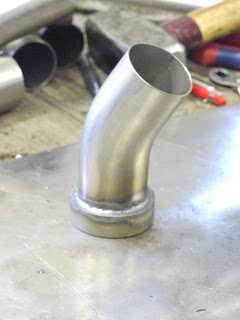 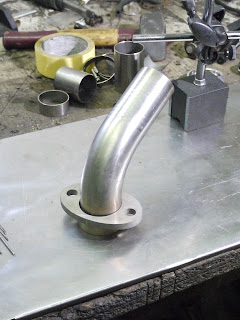 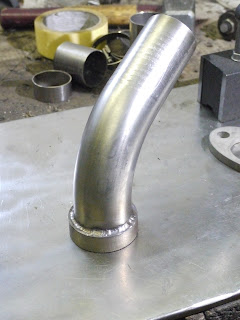 The next thing was to build two Y-joins from 90° wastegate bends. This involved a bit of marking, cutting on the bandsaw and then some welding to make the Y-joins. 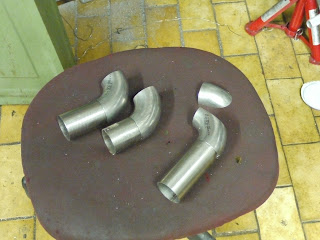 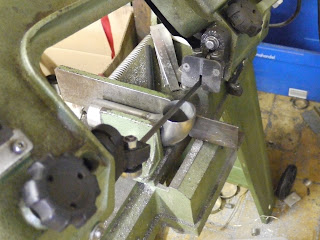 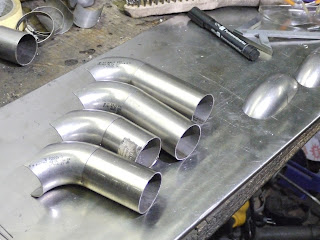 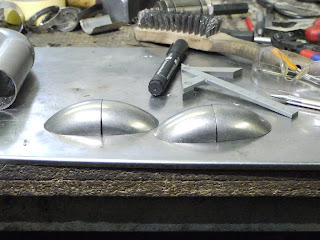 Now one of the other things I tried out this time was to backpurge all the welds in order to improve weld-quality. (Stainless is indeed a bit picky on this subject!) My purge-setup is nothing to write home about, it mainly consists of some ally left-over disks from drilling large holes with a hole saw and a 6mm tube glued into the center of it. Unlike what other people told me, it doesn't specifically help with burning through, but the backsides of welds do come out nicer. (Especially when you're welding a bit on the hot side!) 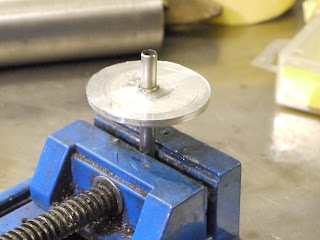 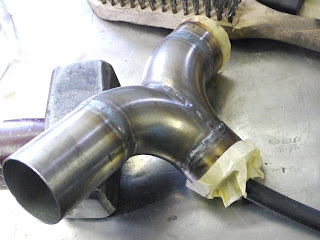 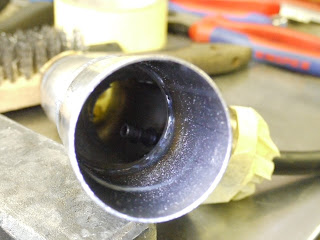 From there onwards it was *just* a matter of joining all the bits and actually building an exhaust. 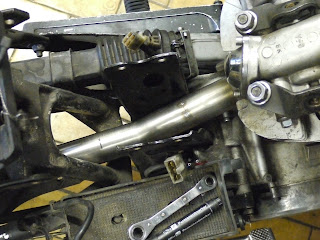 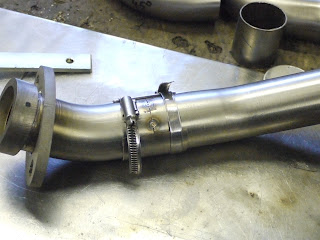 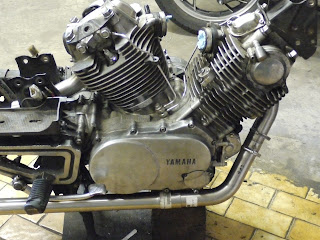 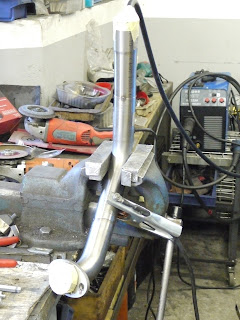 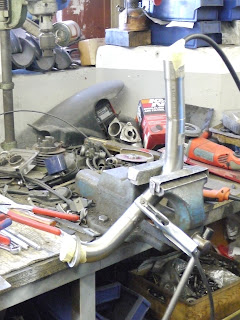 An especially tricky bit was the rear downpipe as it had to:
1) go through the frame
2) go round the swingarm
3) clear the centre-stand
4) be of equal length as the front-downtube 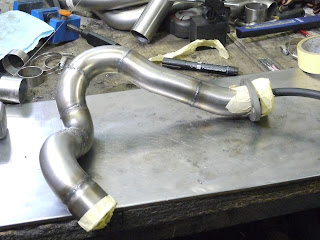 And with those headers being sorted, it was down to the tube going to the second Y and then the splitter to the exhausts. 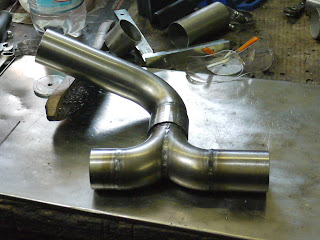 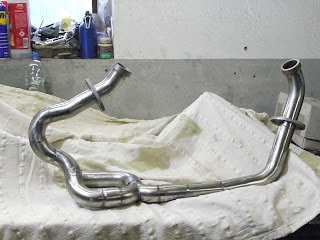 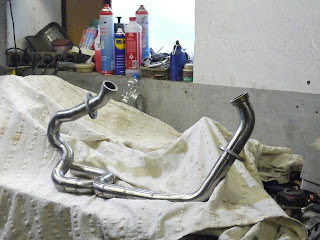 And that's what it sounds like on the bike (before sync'ing the carbs):