It is of the utmost importance, that when you buy parts for a new engine, that you have them sitting on a bench and gathering dust. See it as some sort of seasoning process, just like you would do with some nice wine. But as much as I tried, just waiting hasn't (yet) made the parts deliberately assemble themselves into an engine.

The first item to address was to check out those XV700 heads. I like the fact that their combustion chamber looks like it's the same as on the 750 head, but less offset to one side, resulting in a more even pressure distribution on the piston crown and therefore hopefully a more even load-distribution on the small end of the conrod. 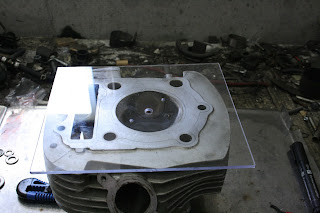 CC'ing the heads resulted in a volume just a hair less than std. 750 heads (44.5 - to 45cc vs. 47cc on the 750), which in turn means, slightly higher compression. I haven't done the maths yet, as I haven't had the chance to measure the thickness of a compressed headgasket, but I would presume that I will now make it over 9.5:1 but below 10:1, compared to the current 9.2:1. So still all good with 91 octane gas, but should improve efficiency a bit further. 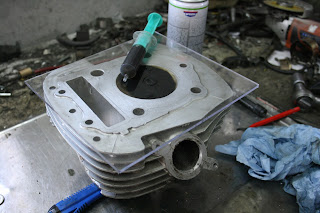 The next step were the cams. I bought these XV700 heads straight from the US and didn't know anything before except for that allegedly they hadn't done too many miles. 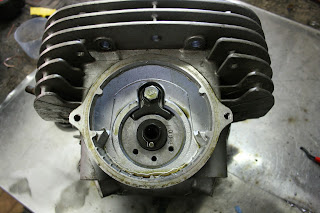 Cams and rockers turned out to be in perfect condition, so it was a hold-my-breath-moment, as hardpad-rockers and older cams rarely go together, but... 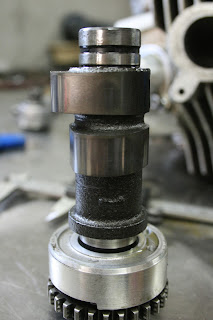 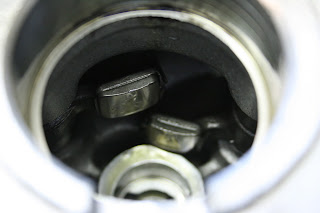 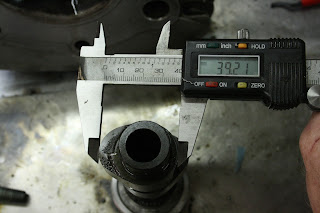 Last item on the list was to check the pistons and cylinders for wear and this is where something very typical for Virago 1100 engines reared its ugly head: Even though there was hardly any wear in the bores or on the pistons, the cylinders had been bored out of spec as in over the wear limit of 0.10mm, whereas in fact they were already at 0.15mm both. As they are both looking pretty good, I'll just go with them for now, but will prepare a set of cylinders with first oversize pistons next year. 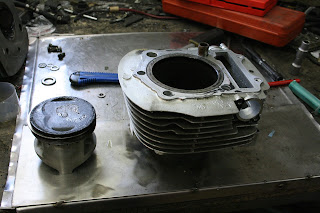 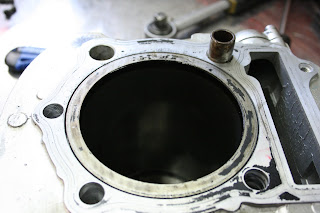 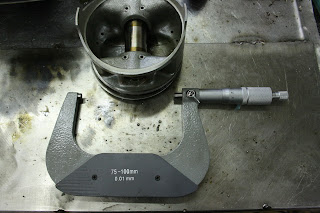 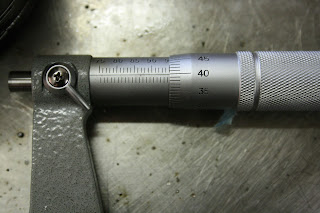 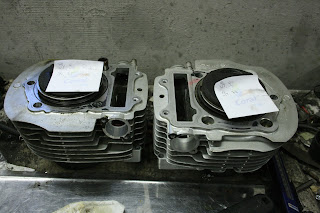 So except for the cylinders I was more than happy with my findings, the next step will be to check the 1100 crank and rods and ideally get that ready for installation in my new cases.
Posted by Nanno at 20:00